A few weeks ago, my boyfriend James told me that his grandma used to make whole batches of snickerdoodles just for him.  When he told me this, I took the bait and decided I’d try my hand at making some for him too.  Unfortunately, the first time I tried I didn’t have any cream of tartar, and I also added wayyy too much baking soda and salt, so it certainly didn’t measure up to anything worth recording.  Now I’ve tried again, and I’ve added the cream of tartar (pretty important for the right flavour) and adjusted the amounts for the other ingredients.  These turned out quite crispy, so if you want a softer cookie, don’t press them down with your fingers or a fork, and/or try baking them for 10 minutes instead of 12. 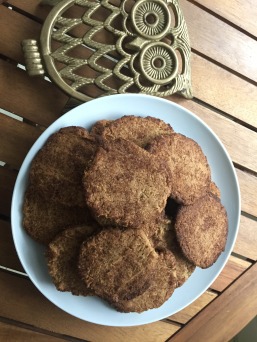 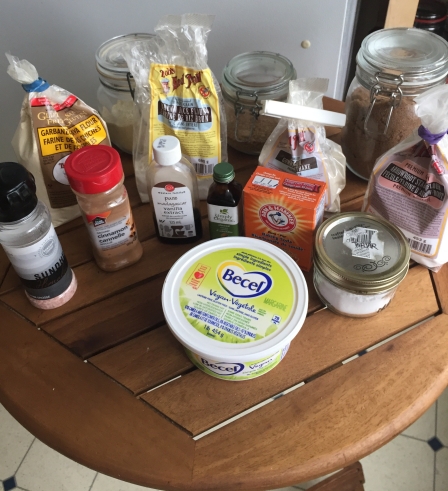 Start by making your flax egg – combine ground flax with 2 tbsp of water in a small bowl and let sit for 5 minutes.  Then cream the margarine and brown sugar together in a medium sized mixing bowl.   Stir in vanilla and almond extracts. 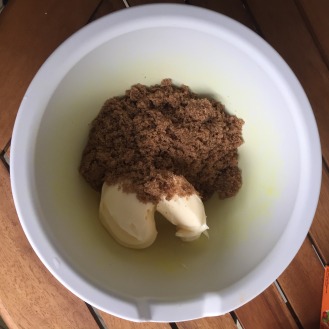 In a larger bowl, mix all of the flours together (brown rice, ground almonds, and garbanzo flour).  Next, add the arrowroot starch, xanthan gum, baking soda, salt, and cinnamon until thoroughly combined.

Add the wet ingredients to the dry, and blend until cookie dough is formed. 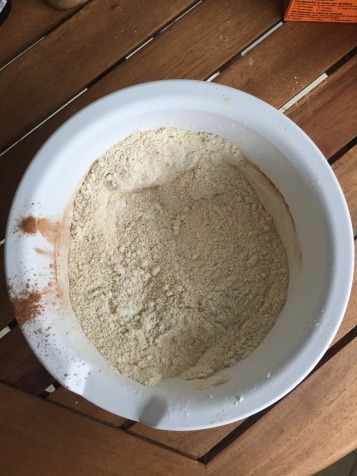 Scoop out a tablespoon amount of dough and roll into a ball and then roll in the cinnamon sugar mixture to coat.  Place on a making sheet and flatten out with your fingers or a fork.

Bake for 12 minutes.  Let cool for 10 minutes then remove from the pan.  Enjoy! 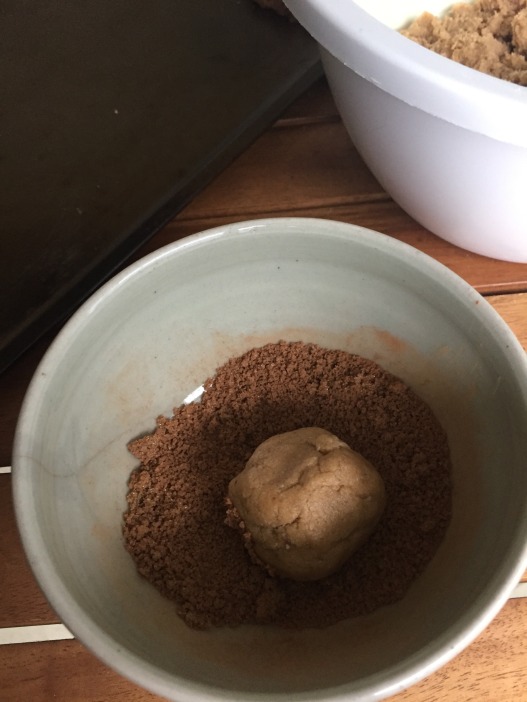 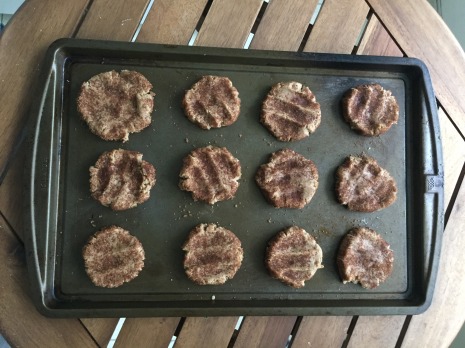 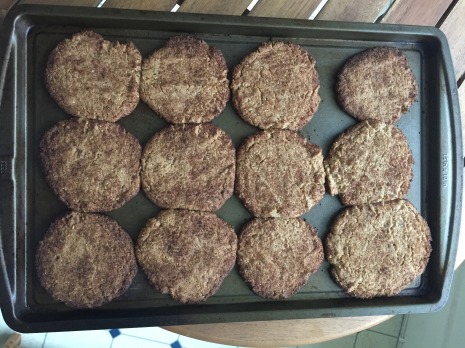